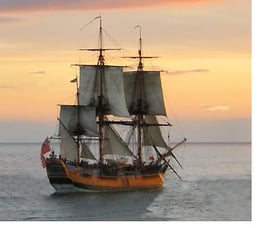 Fair warning: The case study you’re about to read may be disturbing for even the most seasoned club leader. Any resemblance between this story and your worst nightmare is purely coincidental.

In medieval times, elaborate drawings of fierce dragons were used to mark the boundary between the known world and whatever certain danger might lurk beyond. Those who dared to defy conventional wisdom and venture past those limits were labeled as fools or heretics destined for disaster. In the modern world, business leaders are often called upon to face down “dragons” and navigate through unfamiliar territory in the process of executing a critical initiative or bold strategic plan. Unfortunately, and far too often in the club world, boardroom politics and personal agendas can block crucial information and sabotage the clear fact-based decision making process necessary to push on toward success. The belief that club food and beverage can be relied on as cash generating profit center rather than an amenity for members is arguably the club industry’s most notorious and persistent dragon. The real case below highlights what happens when chasing F&B business is placed above making sure the club’s dues engine is healthy.

Club Background: This cautionary tale begins in the boardroom of a long-established country club that has been part of its local community for nearly one hundred years. After a lawsuit almost a decade ago, the club was still struggling to regain its financial footing under the weight of considerable debt. The suit and subsequent economic downturn caused member counts to drop significantly and club leaders were anxious to reverse the tide and expedite the recovery process. In an effort to clearly identify the club’s strengths and opportunities for improvement, the club’s GM became a Club Benchmarking subscriber. Working closely with CB Co-Founder & COO, Russ Conde, they completed the data entry process and analyzed a variety of standard graphical reports in order to develop a plan of action.

As you will see in the detail below, the data clearly showed that through creativity and cost control the GM was actually patching up weak dues revenue with significant profit in F&B. They were taking steps that would not be acceptable in most clubs, but the club was generating F&B profit equivalent to dues from 35 members. The F&B performance was in the 95th percentile—clearly not much room for improvement there—and yet the club’s board remained convinced (erroneously) that the solution to their financial woes lay in even more F&B banquet revenue and more profitability from F&B. In reality, the board was out to slay a dragon, but unfortunately, they wanted to slay a dragon that had long ago been tamed. The true root of the problem—membership count—was obscured by the board’s singular focus on F&B as the answer to the club’s financial pressure.

Data-Driven Results: This is not a typical CB case study. There are countless others where use of CB has had positive impact on a club.  This is a story about lost opportunity.

Based on the CB reports, it was obvious that the club’s business model was seriously out of balance. The data clearly showed that the most urgent need was to revitalize the membership base and fee structures, but the board’s obsessive focus on low-margin F&B as a solution to the club’s financial woes was draining resources away from efforts to attract and retain members. The board should have been commending the management team for keeping the operational results whole via F&B outperformance, but instead they were hounding the team for more F&B. Despite the overwhelming evidence, and the best efforts of the GM, the board chose not to accept the facts and instead stayed mired in the F&B über alles mindset.

This club’s board lost sight of their fiduciary obligation to utilize facts in their stewardship of the club, ignored the data available to them through their CB membership and declined an offer from the Club Benchmarking CEO and COO to provide a free on-site presentation and interpretation of the club’s benchmarking reports. They held fast to their own perspective on the club’s financial challenges, adamant that weak F&B performance was to blame despite an abundance of data to the contrary. They drew swords over expenses that CB reports showed were well below national norms including executive salaries, total labor expenses and a series of other critical expense benchmarks.

As you may have guessed, during this battle key members of the club’s management team, including the GM, were asked to leave. The board was intent on replacing them with “better F&B people with better skill sets” in order to book more banquets, essentially guaranteeing that the bulk of future management effort will be directed to F&B rather than membership growth. The prospects for the club’s eventual recovery seem in doubt absent a dramatic shift in the board’s internal dynamics and a willingness to govern based on fact rather than opinion or agenda. It’s a frightening story to be sure, and one that we hope will serve as a reminder of what can go wrong when opinions, guesswork and personal agendas compromise the ability of a club’s leadership team to rely on credible facts and data in the execution of its duties.

Club Management: Be proactive in using data to help the board understand the business model of a private club and what drives that model. This takes time but it can change the dynamics and results of the club and set a proper foundation for board vs. club management roles and responsibilities. Taking a passive approach to board education increases the likelihood that a "nightmare board" will eventually find you. If you are facing a situation similar to the one described in this case study and would like to brainstorm with our team about the best way to get through to the board, please don’t hesitate to contact us.

Governance: Seek knowledge about the club industry and the business model of your club. Ask questions more often than you give answers. Don’t accept "because I just know" from fellow board members. Push for facts and data as you would in your own business. The tools exist for every board in this industry to be properly informed and thoroughly equipped for success.