The Impact of Strategic Budgeting 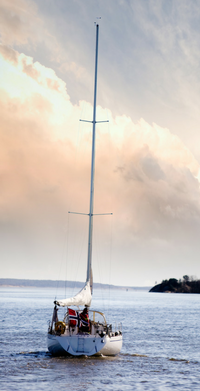 Every business charts the course for the coming year through the annual budget process, and private clubs are no exception. For many, the experience can be drawn out, difficult and fraught with struggles over tactical items, but we believe we’re seeing a positive change on the horizon as more clubs recognize the need for a strategic, fact-based approach to budgeting.

Try to imagine going into the boardroom to present next year’s budget and walking back out, mission accomplished, in under an hour. That’s the inspiration for a story we’d like to share about a club where a shift toward data-driven, strategic decision making has transformed the budget process. For the sake of anonymity, we’ll call it Anytown Club.

The Background
By industry standards, Anytown is a relatively small club – in the bottom 25 percent in terms of annual operating revenue with less than 300 members. The board is made up of high-powered individuals; a few with names you might recognize, many holding memberships in a dozen or more clubs and all with an equal supply of business acumen and opinions. On a small ship, every move makes a ripple and the GM of this club (we’ll call him John) is well aware of how quickly things can veer off course when emotion seeps into the decision-making process.

Historically, John would prepare his annual budget and deliver it to the finance committee prefaced by several pages of notes on individual line-items he thought might require additional clarification. The approach is not unusual and clubs using it know the end result can sometimes be budget discussions that digress down into the tactical line-item details. Even though a manager clearly understands the relationship between the budget and the club’s overall strategic objectives, the board doesn't always grasp the same high-level perspective.

The wind and the waves are always on the side of the ablest navigator.
Edmund Gibbon

The Change
After joining Club Benchmarking in 2014, John made an important change to his budget process. He replaced the tactical, line-item notes he'd been using with eight or nine charts from his Club Benchmarking Executive Dashboard reports. The charts showed industry norms for high level key performance indicators and the club’s position on each curve was clearly marked. He chose carefully, focusing on strategic ratios like gross margin, dues and capital.

The finance committee spent some time studying the charts and asked just a few questions about the source of the data and the anticipated effect of the proposed budget on their current position. Satisfied with what they heard, they signed off. The meeting was over and done in 45 minutes. The following year, James repeated the process with identical results.

The Impact
For John and his club, that one simple change has had a significant impact that goes beyond the sheer beauty of a quick meeting. Bringing data to the table introduced the board to a more strategic perspective on their club. The standard business terminology and measures presented were relevant and meaningful to them and John’s strategic approach to the budget process made it clear that he has a solid grasp on the ongoing health of the business that is their club.

Heading into the 2017 fiscal year, there are a number of changes in the mix for Anytown Club, including a dues increase. In a recent conversation John told us that in light of the decisions to be made, the data will be more important than ever, for him and for the board.  For more on how to use benchmarks in the budget process, watch the video. 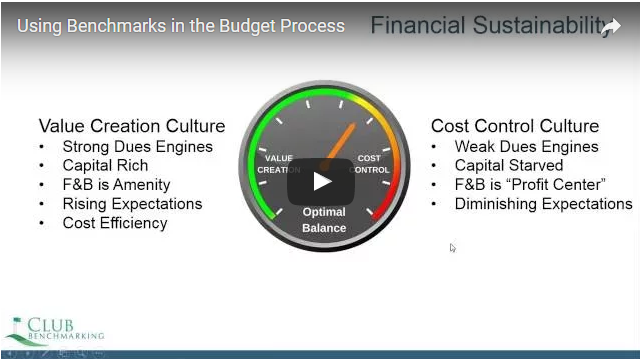