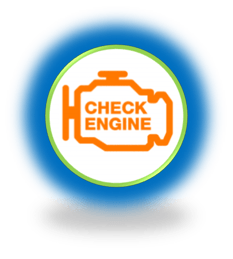 Cars, college tuition, clothing, groceries… the cost of most consumer items goes up over time. Still, many private club boards cling to the notion that somehow member dues must be an exception to the rule. For many clubs, resistance to dues increases is strong and no board member wants to be the first to broach the subject. It’s not unusual for club boards to kick the dues issue down the road to avoid controversy and discord, but we know that eventually the subject must be addressed if a club is to remain financially viable. Taking a fact-based approach is a good way to turn this emotionally charged issue into a strategic discussion. So how do you get that conversation started?

Lay the Groundwork
The importance of achieving a healthy balance of dues rate and member count cannot be understated. There is no question that clubs are “in the dues business.” Club industry data proves that dues revenue is the key financial driver for a private club, representing roughly 80 percent of the money a club uses to support its operation regardless of size or geographic location. Analysis of that data over the last several years confirms that in this post-recession climate, nearly every club is currently experiencing some pressure on dues revenue. In many cases that pressure could be considered severe.

We like to picture a club’s dues revenue as a two cylinder engine. One cylinder represents the number of members paying dues while the other cylinder represents how much members pay to belong. An efficient dues engine, meaning one that produces adequate revenue for the club to operate, is a result of both cylinders working in harmony; an adequate number of members paying an adequate amount to belong to the club. A weak dues engine, meaning one that is producing insufficient dues revenue, is the result of too few members, dues levels that are set too low or in the worst case scenario, both. 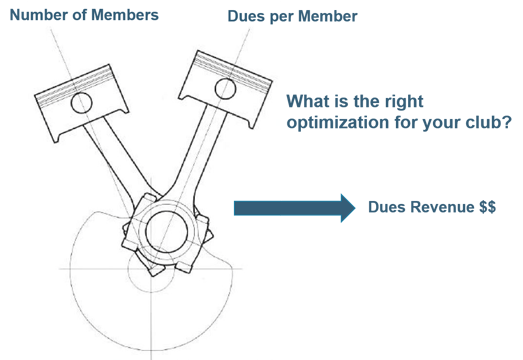 Dispel the Myths
Understanding and managing the dues engine effectively requires club leaders to reject the long-held notion that there is value in comparing dues as a stand-alone item with other clubs in their local area. The inclination to call another club and ask what their members pay for dues (or how much they plan to increase them) is fueled by an assumption that the amount a given club can or should charge is directly affected by the amount other clubs in a local geographic area charge. While in certain specific situations there is competition between clubs, the much more common occurrence is that clubs charge for dues in accordance with their mission: Is the club’s goal to be upscale and exclusive, family friendly and affordable or something else entirely?

Even more critical to the equation is how many members you have. There are clubs that charge a relatively high level of dues for a basic level of service but consistently run at an operating deficit. On the other hand, there are clubs that charge a relatively low level of dues, offer world class services and amenities and produce a significant operating surplus. The difference between the two clubs in that example is that the club with the high dues and low results has a low member count while the other club, the one that charges less and produces more, has a large number of members. Ultimately, what you can or should charge for dues has nothing to do with what the club up the road is doing. Decisions about dues should take into consideration your club's current rates, member counts and culture.

Get the Facts
Basing decisions on one-off anecdotal comparisons with a small handful of clubs is misleading and frequently triggers frustrating, emotionally charged, unproductive discussions in the boardroom. Benchmarking is a fact-based method for determining whether or not your dues and member count are balanced at a level that will support your club’s long-term financial health. Diagnosing your club's dues engine begins with studying the data. Is your member count significantly higher (or lower) than the national median? How does it look relative to clubs with similar total operating revenue and amenities? Where are you on the dues-level spectrum? Once you have the facts in hand, you and your board will be much better equipped to begin a thoughtful, strategic and necessary discussion about what’s right for your club. Watch the video below for an in-depth look at dues engine analysis.
WATCH THE FAST FACTS VIDEO