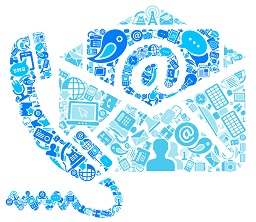 As a society, the way we communicate with one another has changed significantly over the last decade. Personal computers, cell phones, tablets and social media dominate our daily lives and access to real-time news and information has become the norm. To help navigate this strange new territory, some clubs are adding Member Communication specialists to their management roster, but generally speaking the industry has been slow to adapt.

In some ways, the situation is reminiscent of the mid 90s when the concept of Membership Marketing was first introduced in the club industry. Many clubs hired “Marketing” staff before the goals, requirements and limitations were fully understood. Over time, those professionals formed their own networks and resources were developed, but early on it was rough going.

Earlier this year, a group of Member Communication professionals gathered at The Country Club in Brookline, MA, to share their experiences, exchange ideas and begin developing a template for best practices in club communications. One outcome of that first meeting is a new section in the Club Benchmarking platform (on the Policies & Procedures dashboard) called Member Communications. Club Benchmarking members who have a new or established member communication program are encouraged to complete the section and review the related CB reports. Here are three key take-aways from that meeting:

The chart below shows 79% of clubs with data in the Member Communication section of the Club Benchmarking platform place "Member Satisfaction" among their top five goals for communication, and 90% put "Increased Member Usage" on that list. 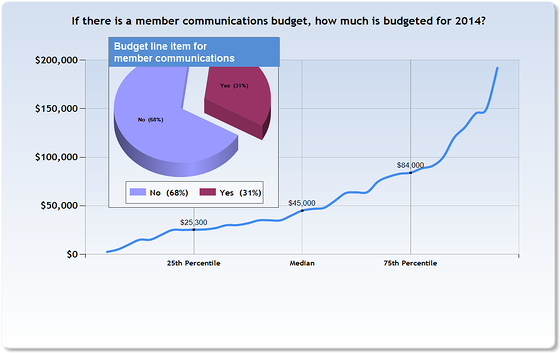 Since so many clubs identify member satisfaction as a top goal for communication, asking members what they want is a logical place to start and about 70% of the clubs said they do poll members about their communication preferences. More than half (52%) ask what delivery medium members prefer and 30% make it a point to ask how frequently members want to hear from the club. Based on the data, about 80% of the clubs contact their members one or more times a week via email. Information overload is more likely to turn members off than to engage them, so asking them about their communication preferences should be considered a best practice. 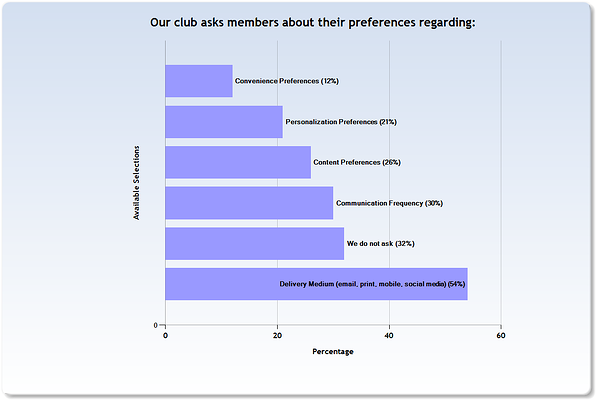 Clubs are using many different vehicles to deliver information to their members. In this multiple choice metric, traditional vehicles such as print brochures and table tents are as commonly used as social media. Many clubs (72%) are still providing print copies of their newsletters and 63% offer an electronic version. Not surprisingly, most clubs communicate via website and email and nearly 60% are using some form of social media at this point. 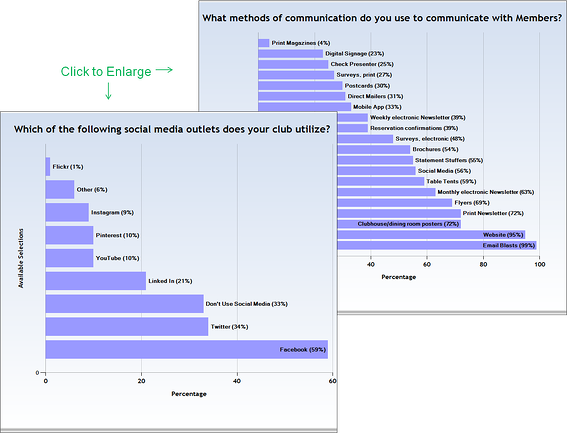 Use Analytics to Measure Your Progress

With traditional communication methods such as print newsletters and club signage it can be difficult to know whether your messages are getting through to members. A major benefit of electronic communications is the ability to track member engagement. Using tracking analytics to measure email opens and clicks or visits to specific pages on your website gives you a clear idea of what’s working and where efforts might be missing the mark. CB data shows that 65% of clubs are tracking email engagement and 58% use website analytics. Measuring member response and engagement to gauge the effectiveness of your electronic communications is a best practice. 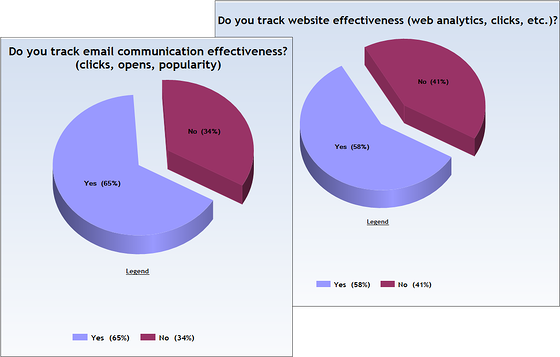 Summary: The position of Club Communications Director is relatively new but its impact on efforts to attract and retain a vital membership makes it a very important addition to a club's management team. Professionals in this role will benefit from access to appropriate tools and resources including member communications benchmarks and the opportunity to network with their peers in the club industry.