Satisfaction vs Loyalty: What's the Difference? 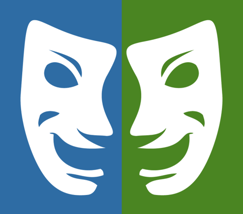 Member satisfaction and member loyalty are related, but the terms are not interchangeable. Ask yourself this question… Are your club’s most loyal members always satisfied? Probably not. Loyal members are often the first to offer constructive criticism when an amenity or service misses the mark. They may not be satisfied, but their strong desire to help the club improve is a manifestation of their loyalty.

On the other hand, satisfied members are not necessarily loyal members. Members exhibit loyalty when they recruit others to join the club, maintain their own memberships year after year and speak positively about the club in the community. The two constructs are very different, with loyalty outweighing satisfaction in long-term benefit to the club. The bond that links them together is “attachment.” Our published research on Predicting Member Loyalty confirms that members with a low degree of attachment to the club are likely to resign, while highly attached members are likely to renew for another year.

What is Attachment?
Attachment is defined in psychology as a strong bond between an infant and a caregiver. Marketing researchers began to study attachment because it had a direct impact on a consumer’s commitment to a brand. This research discovered and described a specific type of attachment called “place attachment,” which refers to the relationship between people and a particular place. In clubs, place attachment plays a major role in member loyalty.

Place attachment, in the context of a private club, functions as the bridge between member satisfaction and member loyalty. Satisfaction influences attachment which in turn influences loyalty. Clubs create loyal members when a personal attachment is developed through the club’s culture and offerings.

Place attachment has four components: 1) Place dependence measured through the member’s connection to the club’s amenities. 2) Place identity measured by how closely a member's personal values align with the club’s values. 3) Social bonding describes the connection with other members, with club staff, and with family members using the club as a host for these relationships. 4) Place affect describes the feeling of belonging to the club and the emotional affect it bestows upon the members.