A Proactive Approach
to Capital Income

You know it when you see it. A private club facility that looks tired and outdated can leave you with the feeling that the club’s leadership either doesn’t care or can’t afford to make improvements. It’s not an impression anyone wants to make on current or prospective members. Unfortunately for many clubs, in today’s sluggish membership market, the flow of initiation fees typically used to fund capital improvement projects has become extremely inconsistent and unpredictable. A proactive understanding of this strategic aspect of your club’s finances is the key to avoiding the dangerous downward cycle we call Capital Starvation. It starts with three key questions.

Are You Asking the Right Questions?

#1. How much capital does the club need?
It isn’t unusual for clubs to ask “how much do we have in the capital reserve account?” That question usually comes up right after something major breaks—like the irrigation system or the HVAC system. Some clubs take a slightly less reactive approach by attempting to save at a rate that will at least cover depreciation. In a truly proactive approach to capital income, the question becomes “How much do we need and when are we going to need it?” How much money a club needs to address its capital projects is not a mystery. The number can be predicted and many clubs commission a Capital Reserve Study to get a clear picture of their long-term capital needs. Naturally, capital needs vary from club to club.

Chart Shows Data for All Clubs 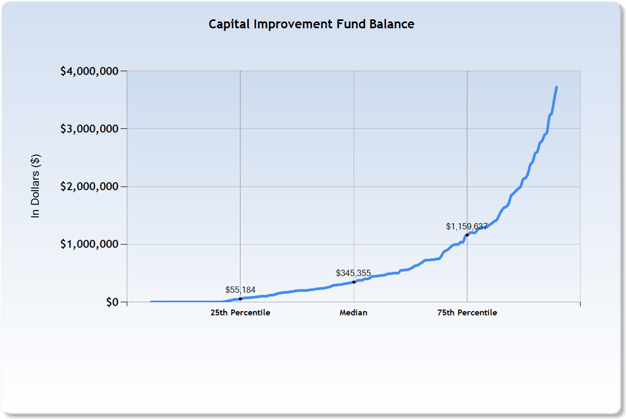 #2. Are you producing enough capital to meet the club’s needs?
About 63 percent of clubs say they have a capital income account, but for roughly 25 percent of those clubs, the balance of the account is zero. You either are or are not currently producing enough capital to keep up with projects as they come along. Remember that in a proactive approach, the focus is on understanding what the club’s needs will be over the long term. How much is “enough” varies from club to club, but for scale, we like to look at capital generation in relation to the club’s total operating revenue. Industry data shows clubs at the median produce an amount equal to about 11 percent of their total operating revenue. At the 25th percentile, the number is 6 percent, which is a position we consider somewhat Capital Starved. About 15 percent of clubs are in the dangerous position of having either zero money for capital improvement or worse, depleting capital funds to support the club’s operational needs. 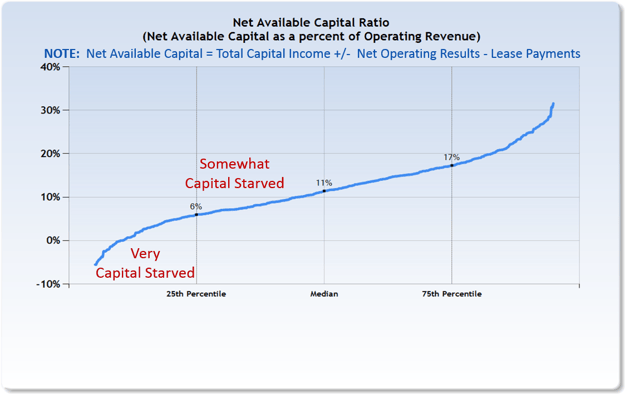 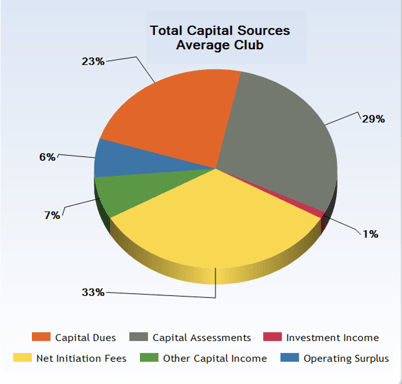 With no real way to predict how many members will join the club in any given month, depending on initiation fees from new members as a sole source of capital income is risky. To smooth things out, many clubs (about 60 percent) use Capital Dues to serve as a baseline for choppy Capital Income. In that scenario, initiation fees become an additive to capital dues, giving the club a much more reliable and predictable flow of funding for projects, replacements and improvements. 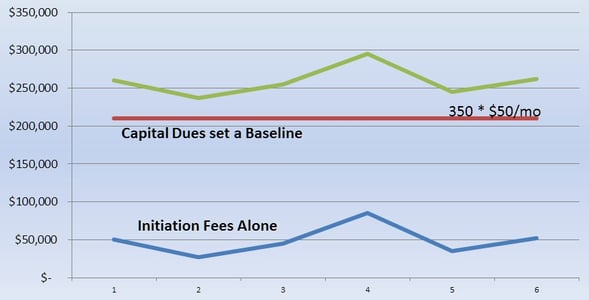 Understanding your club’s capital needs and managing its sources of capital income proactively is the key to avoiding capital starvation and keeping your club on a healthy, sustainable path. 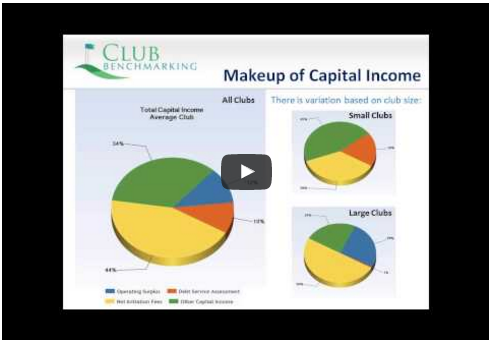