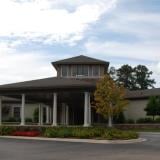 Through the lens of the Available Cash Model, clubs are able to recognize strong performance and quickly identfy opportunities for improvement.

Club Description: West Lake is a full-service country club with a wide array of amenities including golf, fitness, aquatics and extensive tennis operations. The club’s members have high expectations regarding the quality of the golf course and golf experience.

Club Background
West Lake Country Club was founded in 1969. When Bert Morales took the position of COO in 2007, the club had recently completed a $6 million clubhouse renovation and the industry was already feeling the effects of a slowing economy. His primary objectives for the club were to rein in costs and to support the staff’s efforts to deliver a positive member experience.

Over the next few years West Lake saw meaningful improvement in finances and an increasing cash balance. As the local economy rebounded and the club’s reputation spread in the Augusta community, member recruitment and retention were strong. The board, the staff and the membership were all extremely pleased with the club’s services and financial and operating results. On paper, the numbers compared very favorably to the club’s own historical trends and they were moving in the right direction.

Morales was encouraged by those internal measures, but his earlier career in the commercial restaurant industry told him that it was also important to keep an eye on the big picture. At a local CMAA Chapter meeting, a colleague mentioned Club Benchmarking (CB) as a “new” approach to understanding financial and operational performance relative to industry norms. Morales was familiar with the value of benchmarking as a management tool from his commercial hospitality experience and he became a CB member in February 2012.

The Benchmarking Process
As new CB members, Morales and his team were contacted by the Club Benchmarking (CB) On-Boarding Team and they set to work entering West Lake’s data into the CB database. Shortly after the data entry was complete, Morales joined Jim Boyle, Club Benchmarking’s director of member services and Ray Cronin, one of CB’s founders, in an online meeting to review West Lake’s benchmarking reports.

Morales said he had an uncanny feeling during the review process. “Almost every key decision we had made over the last several years stood out as having delivered significantly positive results relative to the industry at large,” he explained. “That first review was really eye-opening. Seeing West Lake through the lens of comparative industry benchmarking confirmed that our decisions were having a positive impact on the club.”

Morales said the value of CB as a management tool was obvious as soon as he saw how his club’s results related to the Available Cash Model. “Less than ten minutes into the review, I was seeing specific examples of challenges and opportunities we hadn’t yet identified.”

Benchmarking analysis of West Lake’s financial data showed the club’s healthcare expenses were low (three percent of total payroll vs. the norm of seven percent). Since the ratio of overall payroll to operating revenue was also several percentage points below the norm, Morales could see there was room to make changes. The club’s allocation to golf course maintenance expenses--about seven percent below the norm for the club’s peer set—also raised a red flag. “In the framework of the Available Cash Model, what I was seeing made perfect sense,” Morales said. “I knew I could use the information to educate my board.”

At Morales’s request, Ray Cronin made a benchmarking presentation to the West Lake board of governors in August, 2012. Like many club boards, some members were overly focused on F&B profitability and expenses. Alignment was also a challenge due to the diversity of their business experiences and perspectives. “The board was very engaged during that meeting and there was an obvious shift in the tone of their discussion as we started focusing on our financial and operational performance relative to the industry as a whole,” Morales said “For us this was an important educational step as it brought us all to a common understanding.”

When the time came to develop the 2013 budget, Morales and the board relied heavily on Club Benchmarking data and key performance indicators. The reports generated through CB’s online platform confirmed that while the club was producing a healthy operating surplus, the course maintenance budget and health insurance subsidies to the staff were in fact being underfunded relative to industry norms.

Those findings were contrary to two important items on the board’s agenda: Meeting or exceeding members’ high expectations regarding the quality of the golf course and golf experience, and a commitment to providing competitive benefits for the club’s staff. Armed with the data to support their decision, West Lake’s board increased the course maintenance budget by $100,000 and added $100,000 to employee benefits, health insurance and bonuses.

“In about six months, we used the benchmark information to make critical decisions that will have a significant impact on our club for years to come,” Morales said. “The Board was fully aligned and very confident that we were making strategic, beneficial decisions. I can’t imagine how this would have occurred without the Club Benchmarking data and an understanding of the Available Cash Model.”

“I am convinced that Club Benchmarking membership is a necessity for every club. We will not operate here at West Lake without using the CB data. In my thirty plus years in hospitality, I have never seen a product or service deliver such a huge return on such a minimal investment.”
Bert Morales, COO West Lake Country Club, Augusta, GA